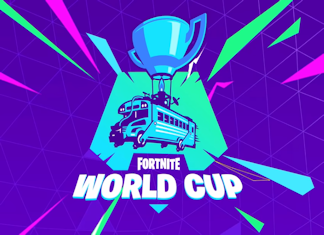 This past weekend was the Fortnite World Cup which was held at the Arthur Ashe Stadium in Flushing, New York. For those that don’t know, Epic Games had previously announced that they would be contributing $100 million in cash for prizes in 2019, and they seriously put out at their recent event. In all, the company contributed $30 million for this one Fortnite event in prizes with the solo player winner taking home $3 million. Oh yeah, and this solo winner was only 16 years old.

There are not many individuals who can say they get paid to play videogames. There are even less that can say they made a lifetimes worth of money from winning a gaming tournament. While this is changing with the increasing popularity of esports, this tournament was different. Over the past two years, Fortnite has rocketed to massive success. It is known by parents, grandparents, and little kids. I was out to eat at a restaurant and the mere mention of Fortnite caused a table of kids to turn around in interest at what I was saying.

The winner of the solo tournament was Kyle Giersdorf, who is known in-game as “Bugha”. Bugha is from Pennsylvania and over a mere weekend has become incredibly famous. He did this by beating 99 other players in a match where the players got points for both eliminating others as well as placing high within the rankings. Epic Games implemented this system in their competitive play to prevent players from avoiding each other until the end-game and promote more exciting play.

Bugha was already a professional Fortnite streamer and he played for the Sentinels esports organization. The Sentinels organization is involved in the Overwatch team, the Los Angeles Galdiators, and also have a team for Hearthstone. Bugha joined the team on March 25th and has now brought Sentinels their largest Fortnite win.

Tournament Stats and so much Money

Bugha brought home the win with a total of 59 points. Harrison ‘Psalm’ Chang came in second place in the tournament with 33 points, only slightly more than half the point that Bugha won. Early on in the tournament, Bugha played aggressively which allowed him to make calculated, conservative moves in the later stages and bring home the $3 million.

While Bugha brought home the solo tournament grand prize, the other top ten players brought home a whopping total of $6.97 million. This is a ton of money that was invested into the event in just the prize money alone. This was also only from the top ten of the solo tournament and does not include the prize money given to the other participants, those in the duos tournament, or the creative competition at the event. These prize pools are what added up to the $30 million Epic gave out for the event. This didn’t even include the cost of the venue and the various events (such as a live Marshmello concert) and activities throughout the tournament.

Bugha’s life has changed to say the least. Since winning the tournament, he has been on Jimmy Fallon and the topic of multiple national news sites. The traction that the Fortnite World Cup is getting with the mainstream media is probably one of the biggest outcomes of the event. It is moving esports into the mainstream and that is because of Epic’s excellent marketing, the size of the prize pool, and the overall popularity of the game. While I’m sure Bugha will be disappointed with the taxes that come out of his winnings, I think he could not be more excited for what is in store for him as he progresses through his Fortnite career. Epic has already announced the Fortnite Champion Series which will begin August 1st, so I expect to hear more about Bugha in the near future.