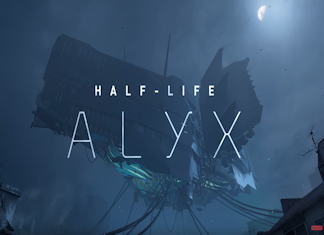 Valve, the developer of the Half Life videogames, created a whole new generation of games when it released Half Life in 1998. It did this again with the release of Half Life 2 in 2004. Half Life was impressive due to its scripted events within the game without jumping into cutscenes, the graphics, and fairly impressive enemy AI for its time. Half Life 2 took this to the next level with its increased graphical fidelity and physics based gameplay that paved the way for future games. The recent announcement of Half Life: Alyx is being watched with eager eyes everywhere as the next part in the series.

What is Half Life: Alyx?

To be clear Half Life: Alyx is not a sequel to Half Life 2. Story wise, it is set between the first and second installment in the series. It will be a full and exclusive VR experience. This news is upsetting for some fans while others are just happy to be revisiting the Half Life universe. Some people believe that the success and accolades of Half Life: Alyx will help usher in new subsequent games from Valve in both the Half Life universe and potential mod titles.

What does that mean? When Half Life came out, Valve created their own level building software which is now known as Valve Hammer Editor. This allowed players in the community to create their own ‘games’ using the Valve Goldsource engine which became the first mods of the game. This led to full fledged games like Counter Strike, Day of Defeat, and many more, some of which have sequels that are super popular to this day.

Half Life: Alyx will have similar capabilities in which players will be able to make their own levels utilizing Valve’s Source 2 game engine. This is especially impressive as nothing like this has been done before in the world of VR.

Onto the trailer. The game looks absolutely incredible from the one minute and forty-nine seconds that were shown. It appears that Valve may be doing to VR technology what they previously did to general gaming technology and gameplay in the late 1990s and early 2000s. The trailer showcases the player interacting with the environment in multiple ways: putting their hand on the wall as they look around it, fumbling around on a shelf looking for a shotgun slug and then pushing it into a shotgun, or loading ammo that is thrown to you (and caught in midair) into a gun you picked up on the hood of a car.

Throughout the trailer, the player comes across familiar faces and enemies within the Half Life world. You, of course, play as Alyx who is a supporting character from Half Life 2. Her father is also in the trailer. In terms of enemies, you have the Half Life staples: head crabs, zombies, various combine, and the mysterious G-Man. Both nostalgic beings from the past but also oddly  different with updated graphical fidelity and set in VR.

What do you need to play?

Lastly we need to discuss the most important question… how do you play it? The game is exclusively coming to PC and will only be playable in virtual reality. That being said, Valve has stated that you will be able to play the game on any VR headset that is PC-based. This means the HTC Vive, Oculus Rift, Oculus Quest, and Windows Mixed Reality. Of course, if you want the best experience, you will likely have to use Valve’s own hardware: the Index. It will be incredibly interesting to see how this plays out as each headset utilizes different controllers. Because of this, how you play the game may also change between different sets of hardware.

Players will be able to move around in the real world to move in the game, utilize teleportation (this is used in many games like Skyrim), or use an analog stick for movement. The game sounds incredibly complex with its player based controls that would simply not be possible in a non-VR environment. Dario Casali of Valve stated “…we would have to map an entire section of the keyboard dedicated to just interacting with doors if we wanted to have that kind of functionality.”

What does this mean? Players will be able to interact with a simple door in so many ways that it is only feasible to do in VR. We will be able to interact with a door just like we can in the real world. Crack it open and take a peak, chuck in a  grenade, or stick your weapon through and blind fire. So many options that would otherwise not be feasible if the game was not in VR.

When does it come out?

Half Life: Alyx was surprisingly announced to release in March 2020 which is right around the corner. Many are wondering if this is the killer app that VR needs to become mainstream and I cannot help but think that it will be. The tech is still expensive but it may be the driving factor that causes players to make that purchase.

Right now, if you buy a Valve Index you get the game for free when it’s released. But, since the announcement of the new release was made, every option of the Index is out of stock on Valve’s website with the exception of the “Valve Index VR Kit”. If you are interested, I would say it may be time to revisit the Half Life world in the most realistic sense possible.