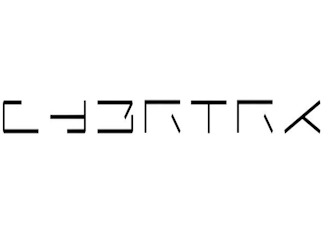 Tesla’s Cybertruck was announced a little over a week ago and opinions are generally polarized whether or not the truck is liked or not. One look at the truck and anyone can tell why. It is not like anything currently out in the market. Straight lines and edges, steel, and the image of something rendered in a futuristic movie or video game comes to mind.

The unveiling event was decorated with a cyberpunk theme with props and attendees dressed in matching attire. At the event, Tesla founder and CEO Elon Musk mused on the thought that trucks have not changed much over the past 100 years. Following a slideshow of trucks of various makes and models, the Cybertruck then was driven onto the stage.

The truck was literally like nothing I have seen in real life and seemed to be a concept ripped right from Bladerunner. The steel utilized on the truck was said to be the same as that used on the SpaceX Starship. During the event, they beat the door with a sledgehammer to showcase its durability but not without showing a normal truck door being pulverized first.

One major gaff occurred when Musk bragged about the window durability on the Cybertruck. A steel ball was thrown at the driver side window to prove it wouldn’t break. However, it did unfortunately shatter. It was then thrown again at the back window which also shattered. Since the event Musk has commented that the window broke because of the previous sledgehammer test shattering the base of the window behind the door. This seems a bit dubious as only the driver side door was hit yet both windows shattered. However, the steel balls were apparently previously tested to much success but it seems the on-stage demo became a nightmare for the presentation as Musk had to proceed through the entire event in front of the shattered windows.

A demonstration video was shown with the Tesla Cybertruck having a tug of war contest with a Ford F-150. This was done to showcase the prowess of the newly designed truck versus the models that the population are used to. In the video, the Ford truck seems to be pulled away rather easily but the internet is abuzz with continued controversy. Questions on the validity of the test have arisen with Ford challenging Tesla to a rematch.

Ultimately, the Tesla Cybertruck will ultimately come in 3 different variants with the most expensive not beginning production until late 2022 per Tesla’s website. Customers can currently preorder the Cybertruck for only $100 down and the company has already secured 250,000 preorders. This is absolutely incredibly for a new product launch. I’m sure a huge amount of the preorders will ultimately request their full refund but this showcases the demand for something new in the truck market. The variant specifications for preorder are below.

Honestly, I have never found myself interested in automobiles. It was never something that grabbed my attention and I am super happy to have a simple vehicle that gets me from Point A to Point B. I have always looked at those that bought insanely priced vehicles incredulously and thought of what I considered to be a better use of my money. That being said, the Cybertruck is something that I truly want. The aesthetic, uniqueness, and positive impact on the environment is causing me to question what I will be dedicating my budget to in the next several years.

Netflix has had some Issues Competing for your Time and Money