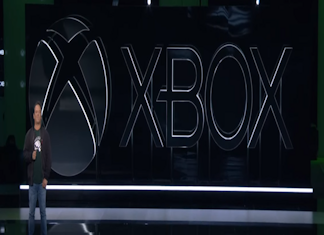 Microsoft’s Xbox conference kicked off today at E3 2019 and a ton of exciting announcements were made. We’ll be digging into more of the games below, but started by simply listing the various world premieres, exclusives, and game trailers that were showcased at Microsoft’s event.

Phil Spencer, the head of Xbox at Microsoft, stated that Microsoft would have the largest showcase of games “on any stage, anywhere, this year.” Microsoft, truly taking advantage of Sony’s lack of participation at E3, would come to highlight sixty games total: fourteen of which are produced by Xbox Game Studios, and thirty-four premiering on Xbox Game Pass.

Here is what we were able to keep track of during the conference. Some games had more details released than others, but we will try to update with new information as we learn more. This is also a comprehensive list of EVERYTHING from the conference at a high-level. If you are looking for details of a particular game, we recommend doing a CTRL-F and typing the name of the game you are looking for. The list of announcements is separated into two sections: hardware/platforms and games.

Ori and the Will of the Wisps (Xbox First Party Game)

The Legend of Wright

Way to the Woods