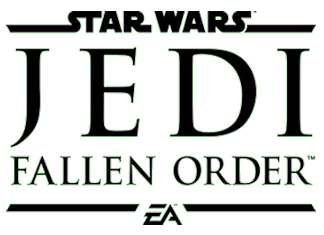 During E3 2019, the public was given its first look at Star Wars: Jedi Fallen Order gameplay. The game, which is being produced by Respawn Entertainment, was first announced at last year’s E3. Respawn is famous for the Titanfall series and, more recently, the popular Apex Legends. Both of the Titanfall games were first-person shooters with fast paced action and traversal. This caused the fan-base to wonder if they should be expecting a similar type of format for the new Star Wars game.

What would this mean for the Star Wars: Jedi Fallen Order game entry? Questions arose about whether it would be a first-person shooter or a first-person game from the perspective of a Jedi. The type of gameplay was finally answered at E3 2019 at the EA Play event. An almost fourteen-minute long video was released showing the main character, some of the supporting cast, force abilities, and some good ole light saber combat. The gameplay reveal started with the player character, Padawan Cal Kestis, traversing the environment via the force by pulling a vine and jumping. There was also some wall running reminiscent of Titanfall.

Cal Kestis then meets with some of the supporting cast, including Forest Whitaker as Saw Gerrera (from the animated series Star Wars: The Clone Wars, and the film Rogue One: A Star Wars Story). The video featured Cal’s adorable little robot backpack (named BD-1) who, throughout the gameplay, interacting with the environment via hacks and providing health items and slight cinematic moments.

The next scene has Cal force-pushing an old door apart so he can move in parallel to the resistance fighters to free some Wookies. An interesting environmental interaction seen in this scene is the use of the light saber to light up dark areas for the player to see where they are going.

The video then progressed into the first bit of a combat sequence: a blaster battle is going on in the distance before Cal uses a vine to swing into a group of storm troopers. This is when the familiar Star Wars action beings. Typical light saber swings taking out enemies (unfortunately no limb dismemberment, which could have actually been a little too much), blaster shots being deflected back at enemies, force-pulls right into Cal’s lightsaber, and then force-slow/exhaustion on blasters and enemies with a full-blown light saber throw.

The combat seemed smooth and reminded me of Santa Monica Studio’s God of War for PS4, released in 2018. It gave the sense that there would be multiple options for beating enemies. Skill points were acquired throughout the trailer, which I’m sure will allow each player to customize to their favorite playstyle.

As Cal progressed, more combat was shown with enemies being thrown into each other. And then, a more supped up enemy appearing: a purge trooper, who was excited to come across Cal and put his Jedi decommissioning training to the test. During this fight, I noticed the two bars at the bottom of the screen appeared to be for force use and some type of endurance/stamina bar for combat/blocking.

The next couple of scenes show fights between environmental enemies (some bug creatures) and stormtroopers with flamethrowers. There were then some additional environmental interactions such as starting a massive saw-drill type-machine, climbing up grating, and using force-slow on various speeding fans and rotating platforms in order to progress.

The remaining gameplay footage was littered with additional combat and traversal. One super interesting combat interaction had Cal slow a blaster shot and then force-pulling an enemy into it. These types of creative enemy beating solutions is one of the reasons I am most excited to jump into the game. That and the ability to play a single player driven experience as a Jedi after the infamous Order 66. The release date of the game is November 15, 2019. We already have a chock-full November, but I think it is likely that most gamers will make the time for any Star Wars game at all. My biggest decisions, in order, will likely be: what console will I be playing Star Wars: Jedi Fallen Order on and… when will I find the time to play?